SIMON HOARE, MP VOLUNTEERS TO HELP TBS C-19 TESTING AND DISCUSSES THE INCREASED COSTS AS A RESULT OF THE PANDEMIC 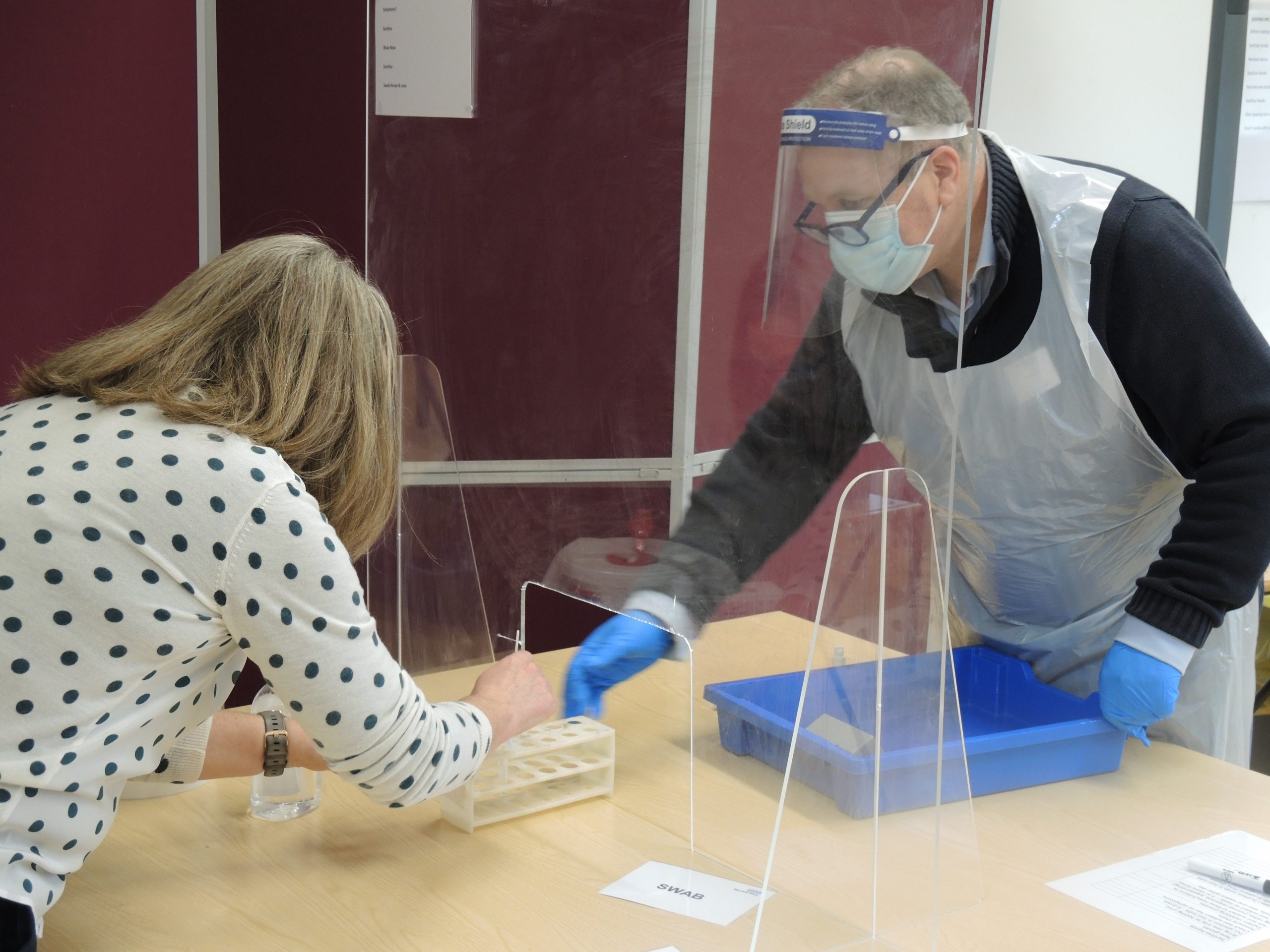 Simon Hoare, MP, visited TBS recently in order to discuss funding issues, including the extra expenditure incurred as a result of C-19. Whilst in the school, Simon kindly offered to volunteer in the testing area and assisted in the testing of a group of staff and students; he also volunteered to join the testing team when students returned to school on 8 March, which the school immediately accepted.

The discussion regarding funding included the need for lost income during the pandemic (such as lettings income) to be reimbursed either in full or part by the government and a greater level of grant support for health and safety measures such as the use of sanitiser school-wide and extra cleaning since March last year. Schools operate as businesses and rely on generating income for the basics, let alone the extras.

The Chair of Governors, Mario Roncaglia; Sally Wilson (Headteacher) and Liz Bishopp (Business Manager) were very grateful for his time and his agreement to take their concerns forward in discussions with the Treasury.

Action to take if there is a positive Covid-19 test in your household over the weekend
If your child tests positive for Covid-19 over this weekend, please call the number below between 08.30 and 10.00am

We will then check our seating plans, and contact anyone who has been identified as being in close proximity to your child.  If you need to call, please also provide the names of anyone in your child’s friendship group so that they may also be contacted.

Thank you very much for your support